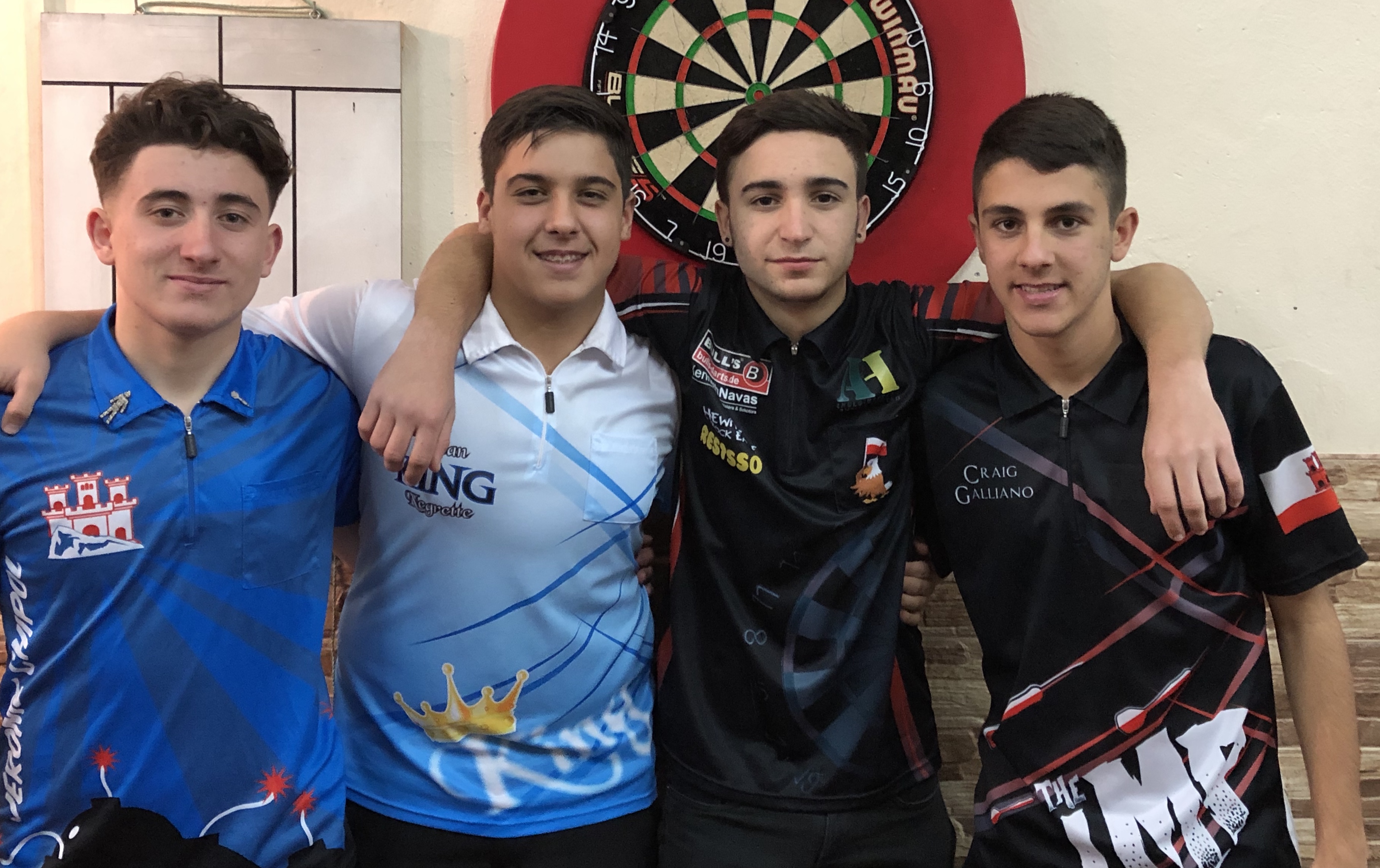 The third Youth Ranking event of the 2018/19 season took place on Wednesday 20th February. Once again it was a brilliant night of darts as these youngsters continue to produce darts of the highest quality.

The race for Qualification for the 2019 European Youth Cup started in November and now we are half way through the season.

The next event (Ranking No.4) is scheduled to take place on Wednesday 20th March.

Quarter-Finals
Once again the top four players continue to shine as they came through their respective matches without a struggle.

Semi-Finals
In the first Semi-Final match Craig faced Sean. These two met in the final of the first ranking event of the season and it was Sean who managed to defeat Craig and take the title that day, However, this time round Craig managed to get his revenge back and win the match 4-1 to progress to the final.

In the second Semi-Final match Justin faced Jerome. These two faced each other in the final of the previous ranking in which Justin won the title. This time round once again Justin managed to defeat Jerome with relative ease 4-0 to make it back to back finals.

Final
The final promised to be a great one, would Justin win back to back titles or would Craig win his first title of the season?

Jeremy Cruz caught up with Craig Galliano for an interview after the final..

Last season you won the first two youth ranking events in a row and three in total, this year has been a slow start for you as it has taken you three attempts to win. Do you think this victory will give you confidence going into the last stages of the season and hopefully win more titles?
“Yeah of course like I have mentioned before once you win your first one you always want more and more and that is how I am. This victory has come at a good time as now there is two big events that I aim to win which is the Gibraltar Open and World Cup qualifier.”

This year will be your final year as a youth player and undoubtedly your main goal is to qualify for the 2019 European Youth Cup, you are not mathematically qualified yet but this victory puts you in a great spot. What would it mean for you to be able to represent your country one final time at youth level?
“It’s the main goal for a youth player at the start of the season. I’m in a good place and hopefully I can get my place in the squad soon. Representing my country means everything to me and in the past 3 years that I have been going to the European Cup it’s gone good for me but this year being my final year I want to take it a step further in the tournament and hopefully do something special for my family, myself,teammates and Gibraltar of course! Also the JDC World Cup was incredible last year for us and this year it will be held in Gibraltar so we will do everything possible to make Gibraltar proud!”

This season you decided to join the Super League which is a Senior event. Do you think playing with the adults and playing with a bigger format has helped improve your game?
“I believe so as it’s a league that you play vs the best players in Gibraltar and this always helps improve your game. It’s been going well for me and hopefully I can win it!”

The 2019 Gibraltar Darts Open is coming up shortly, last year you took the title are you confident you could make it back to back titles?
“Yes I am confident that I can be back to back Gibraltar Open champion as I know I have the ability to do it and I always believe that I can so we will see what happens on the day.”

This year you have once again been nominated for the GBC Individual Junior Sports Award. To win the award would be amazing but just by being recognised as one of the best sportsman in your country must be a huge honor for you?
“Being recognised as one of the best sportsmen in my country like you said is a huge honour for me, not only have I been recognised once but twice now! Taking it a step further and winning the individual junior sports awards would be an incredible achievement for me.”

Finally Craig, what are tour targets for the rest of the season?
“This year as it’s my final year as a youth I want to win everything I can win and also in Europe to perform my best darts and do something special for my country and myself. I would also like to go to some PDC developments tournaments sometime this year to prepare myself for the Europe Cup, PDC Gibraltar Darts Trophy and the JDC World Cup held in Gibraltar!” 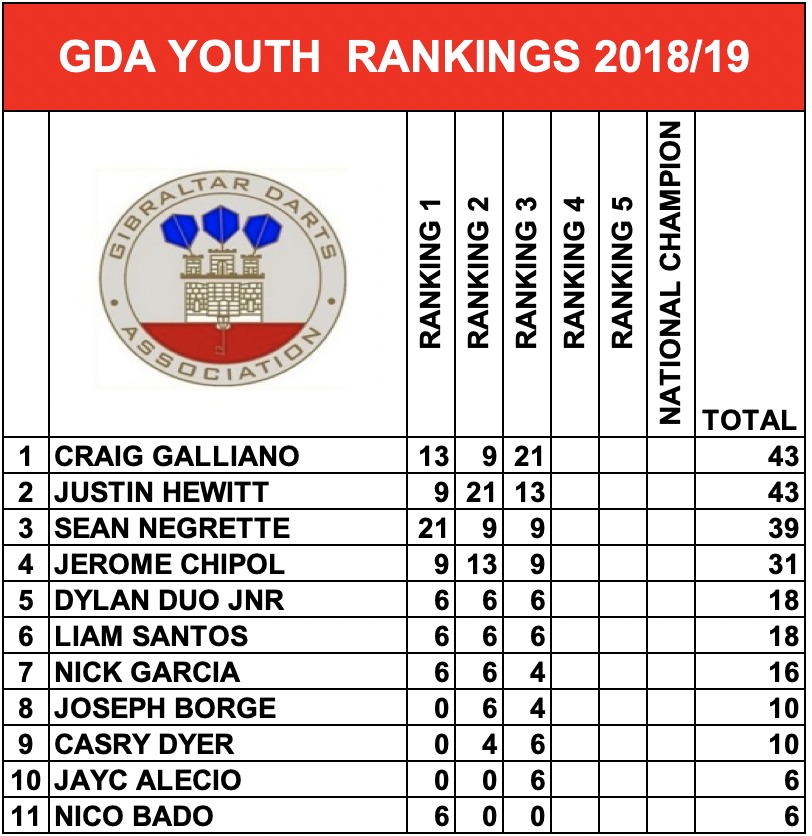