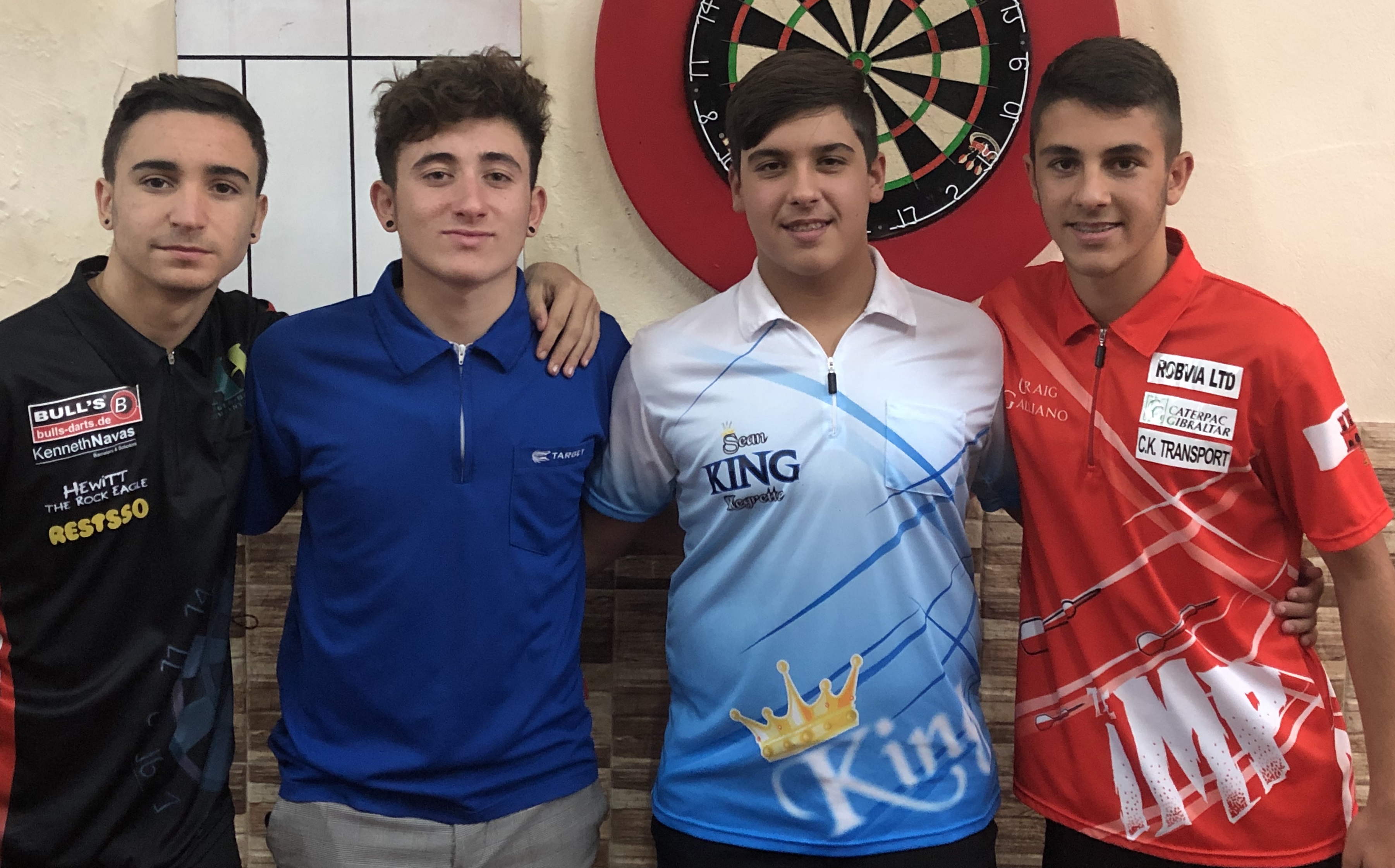 The first Youth Ranking event of the 2018/19 season took place on Wednesday 21st November, and all players were fighting to claim the first title of the season.

It has not yet been officially announced where the 2019 Youth European Cup will be taking place but the race for qualification started off with this event.

Semi-Finals
In the first Semi-Final match Craig Galliano defeated fellow teammate Jerome Chipol 4-1. Jerome showed signs of improvement but Craig’s scoring was too much to handle.

In the second Semi-Final game Sean Negrette defeated fellow teammate and doubles partner Justin Hewitt 4-1. The game was a brilliant watch with both players scoring heavily throughout. Unfortunately for Justin he missed several darts at doubles and Sean was quick to punish each time Justin missed.

Final
The final was a brilliant match with both players putting on a great show.

Jeremy Cruz caught up with Sean Negrette for an interview after the final..

Firstly Sean, congratulations on your victory, you must be happy to get your season off to a great start?
“Yes, I am very happy with the way I have started the youth season especially as its my last year as a youth player.”

Last season you won two out of six ranking titles and finished first in the standings, are you confident you can do even better this season and win more titles?
“I am very confident going into this new season as I am playing much better and I have learnt how to control my nerves because of the experience I have gained playing in international events outside of Gibraltar. I am also confident that I can win more than two ranking titles this year but the other players are also playing at a very high standard and its going to be tough to be beat them.”

This year will be your final year as a Youth Player and undoubtedly your main target will be to qualify for the 2019 European Youth Cup, are you confident you will make it in the top 4?
“Yes, I am confident that I will make it into the top 4 as I already have 21 points by winning the first ranking event. This shows that I can win or at least get to more finals which will give me more points and help me get into the top 4.”

This season you have joined the Super league which is a senior event. Do you think playing with the adults and playing a bigger format will help improve your game?
“I can already see an improvement in my game. Playing with the seniors in the Super League even if I lose or win matches it gives me a a lot of experience as I am playing a longer format and I am playing against adults.”

Finally Sean, last season you finished first in the Youth Rankings, second in the Youth League and sixth in the senior rankings. What are your targets for this season?
“My goal is always to do my best and try and win in every competition that I play in. However it is very hard as there is a lot of competition in Gibraltar as there are several good players. I feel I could do even better in the Men’s Rankings this year, last year I made a final and that gave me a huge boost to finish in sixth place. This season my target is to win the Youth League as its my last year playing and I haven’t won the league before and for the mens my target is to try and make it into the top 4.”